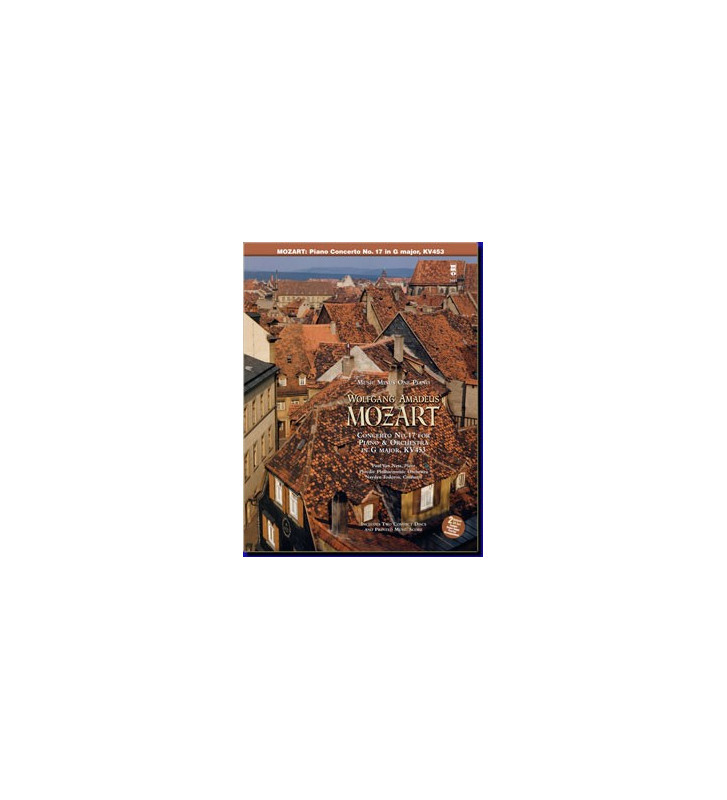 Concerto per Pianoforte K 453 in SOL

MOZART, WOLFGANG AMADEUS
Music Minus One

A beautiful Mozart concerto which is particularly notable for the unusually serene character of its first two movements, advanced orchestration and a witty and theatrical final movement. One of Mozart’s most distinguished concerti and not too technically demanding. This deluxe 2CD set includes a slow-tempo practice version to help you learn the piece. Includes an authoritative, newly engraved solo part printed on high-quality, acid-free ivory paper; and a compact disc containing a complete version with soloist, in digital stereo, followed by a second version in full stereo of the orchestral accompaniment, minus the soloist; and a second CD featuring a full-speed version of the complete version followed by a -20% slow-tempo version of the accompaniment for practice purposes. Performed by Paul Van Ness, piano Accompaniment : Plovdiv Chamber Orchestra Conductor : Nayden Todorov